I wrote a bunch of blog tour posts for the release of my second Lovestruck Librarians book, My Reckless Valentine. Unfortunately, when those posts went live, I was too sick with bronchitis to share them. But I’m on the mend now, so here they are!

I wrote this first post for the USA Today Happy Ever After blog, and in it I discuss the joys and drawbacks of claiming a geeky man—a man like my husband, and also like the hero of My Reckless Valentine. Enjoy the references to both Excel and vibrators! 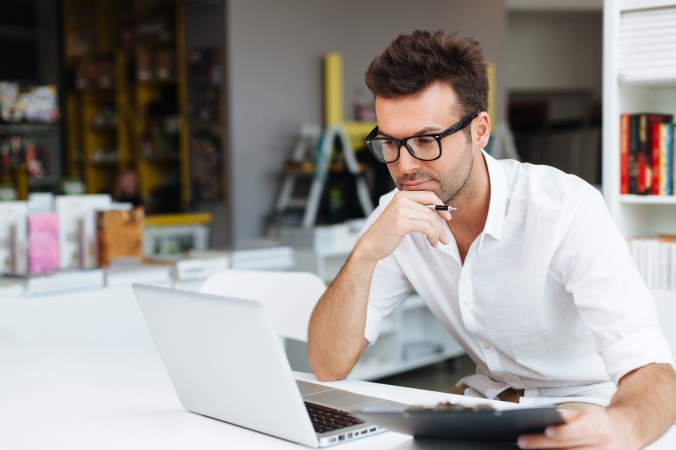 When I began to plan the second book in my Lovestruck Librarians series, I thought hard about what sort of hero I wanted to write. He’d need patience and strength to hold his own with Angie, my outrageous librarian heroine. Sexual confidence and skill to satisfy her in bed. Humor and affection to win her heart. And maybe…one more defining feature.

May I introduce Grant Peterson, the hero of My Reckless Valentine?

I love Grant so very much. I hope you will too. But maybe you’re wondering: Olivia, how did you find out so much about geeks? Do you speak their language? Do you know their ways? Have you witnessed their behavior in their natural habitat? By which I mean, playing online chess in front of their computers?

Never fear, concerned citizens of Romlandia. I understand geeky men. Almost ten years ago, I married an engineer with a Ph.D. in thermodynamics and a deep devotion to programming. No one can deny his egghead qualities. But at the same time, I couldn’t ask for a more attentive, loving, or funny husband.

So it occurred to me: Maybe some of you aren’t familiar with the benefits and drawbacks of a geeky man. If that’s the case, please use my marriage to evaluate if you too would enjoy a Pocket Protector Prince Charming!

PRO: If I have a computer problem, he’s on it.

He’s not just speedy, but also gleeful about tackling such problems. Partly because he enjoys the intellectual challenge of tinkering with computers. But mostly because conquering a malfunctioning operating system gives him a primeval thrill, like he singlehandedly wrestled a pack of ravening wolves into submission on my behalf.

Me: “What was that noise downstairs? Are you howling?”

Him: [long pause] “No. That was…a YouTube video. Of a dude wrestling a pack of ravening wolves. Definitely not of a guy retrieving lost data.” [another pause] “Just to pick a random example of something that wouldn’t result in howling.”

CON: After he fixes the problem, he’ll spend hours attempting to convince me to install Excel. He won’t stop until I threaten to track his bizarre howls in a spreadsheet. Even then, he’ll view my Excel-free taskbar with despair and mournful shakes of his head.

Him: “But you can add a column of numbers all at—”

Him: [sidles closer; bats eyelashes] “You’re so smart. You could learn it in a day or—”

PRO: My own geekiness really works for him. In a naughty way.

The day I switched from Explorer to Chrome was…exciting. He almost embarrassed himself the first time I fiddled with HTML coding on my website. And when I successfully estimate the volume of our leftovers, he gives me this look. Like, You sexy woman. You chose the exact right piece of Tupperware, didn’t you? SO. HOT.

CON: Nonexistent. If my husband thinks my use of Notepad is smoking hot, who am I to argue? Even if he’s a complete weirdo?

PRO: He tracks important data on various spreadsheets. Less work for me!

We have an Excel file for our household spending. Another for legal information. Yet another for his amateur hockey statistics. And when he played golf, he tracked which club he used, how far the ball went, whether he veered to the left or right, too high or too low…on every single shot.

CON: His idea of what constitutes important data—how can I put this nicely?—doesn’t always match mine. (SEE: Golf stats.) And for ten years now, I’ve been convinced he has secret spreadsheets he doesn’t share with me. Dirty ones. Because a man who’ll track every stroke in a golf game? He’ll totally track every…um, stroke…elsewhere. Or so I’m convinced, despite his vigorous protestations.

PRO: He carefully evaluates each and every decision he makes.

This isn’t a man who’ll bet our life savings on a racehorse named Gertie Glue Fodder.

CON: Each and every decision. Sometimes I want to poke him with a cattle prod.

At the grocery store, I’ll pick a loaf of bread and keep moving. Only to stop halfway down the next aisle when I realize my husband has disappeared. I’ll find him still standing in front of the bread display, evaluating all the choices. Reading ingredient lists. Looking at slice counts. Calculating price per ounce.

Are those data points important? Of course. Do I appreciate his care for our nutritional well-being? Certainly. Do I want to get the hell out of the grocery store before we start collecting dust in the bread aisle? Before Florida ends up underwater? Before an asteroid strikes the earth? PLEASE GOD YES.

As you can see, taking a geeky lover is not for the faint of heart—or those who wish to exit grocery stores with any degree of promptitude. However, as Angie and I both discovered, there are benefits to life with a detail-oriented man who takes his time and uses data to improve his…performance.

I hope you love Grant and My Reckless Valentine. And if you claim a geeky man like him (or mine) for your own, I also hope you locate all his spreadsheets and take a peek at them. Just in case. 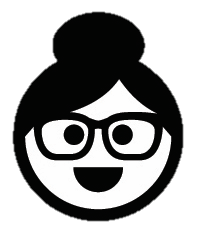